Pandemic and productions: how to continue telling your story with video

Barely 3 months ago, we were all hands-on deck, taking calls from clients forced to either cancel or postpone live filming due to the impending Lockdown. I’m not going to lie: it’s been challenging ever since, adapting to a Covid-19 world in the video production business. Like any other business during these times, ‘adapting’ has been key to the survival of businesses who are able to flex. We’ve championed animation as an alternative to live action. We’re also proud of our remote content offering that helps clients with alternative solutions to tell their story.
Here’s some ideas:

Lacking in crowd, abstract or landscape shots? Stock footage and image manipulation can create a video campaign where once live action was considered a necessity.

Do you have a strong social following with a highly engaged fan base? Then use content to create a video where your audience takes centre stage. Lacking in content? It’s never too late to get them onboard. Encourage followers to post content that can be included in a montage.

Animation continues to reign. And the combination of motion graphics and infographics gives you a video campaign where punchy text replaces live action.

Replace off-message and out of date messages with a fresh, new voiceover. Most voiceover artists are set up with in-home studios. Plus it’s not difficult for our team to set up a pre-rig audio device for remote interviews. The rise of virtual interviews on Zoom means that adding talking heads has become a reality – without a crew member in the room!

If live action is the only option for your video, Skylark is adhering to the APA’s guidance on live action filming while social distancing. Our contactless filming package includes:

Above all, pursue video that’s right for your brand message in these times. An ambitious, high-end video may not be appropriate with a world in recession, so it’s okay to simplify your brand messaging. It leaves you and your extended team to focus on creativity – it’ll be more valued than ever. 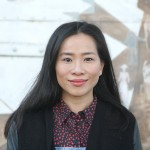