A few words spring to mind when summing up 2019 (tumultuous, eventful, uncertain) but funny probably isn’t one of them. And yet, in adland, some of the best videos of the year have struck the best chord when tickling our funny bones. In our selection of the best video campaigns of the year a running theme of humour and following your dreams suggests that when it comes to advertising, joyful optimism rather than stern finger-pointing (looking at you Gillette) is the approach to take. After all, laughter is the best medicine.

The year got off to an unusual start with this January offering from Barclaycard. The testimonial ad, featuring the owners of The Crystal Barn, plays like something out of the Mighty Boosh with its tacky visuals, trippy tone and deadpan comedy delivered with perfection by its oddball stars. The strangest thing? It’s actually a real business. It’s a bold choice to make a video that is knowingly bad, and a delicate balancing act poking fun at your real-life customers without causing offence. But get it right and you will have your viewers in stitches. You’ll also end up creating the most distinctive ad for a card reader of all time. (Crystals).

If that wasn’t enough, the campaign was supported by this perfectly pitched spin-off 4-minute comedy skit. The video features Elba’s ego contending with the biting sarcasm of his ‘assistant’ (British comedian Lolly Adefope) whilst they set up a website for his real-life fashion brand 2hr Set. Set ‘behind the scenes’ of the hero film, the video shows how building a site on Squarespace is really so simple that Elba could do it in between takes, without even taking off his boxing gloves. Released in tandem with Elba’s official launch of his website, this is a perfect example of how a great video campaign isn’t just about one great hero piece. Building a spin-off world around your campaign gives you an opportunity to grab your audience’s attention in more ways than one.

Continuing the theme of dreaming, it wouldn’t be a Best of the Year blog without the appearance of Nike. The sports brands ‘cause’ video marketing is frequently emotive, punchy and powerful. The ‘Dream Crazier’ campaign was no exception. Released in February, this stunning video follows on from their controversial ‘Dream Crazy’ campaign last year featuring rebellious American Footballer Colin Kaepernick. This year the rebellion continues with tennis legend Serena Williams narrating a heart-pounding tribute to incredible female athletes around the world. Combining archive footage with striking close-ups of inspiring women, the ad calls on all women to fight back against gender stereotypes with a positive and life-affirming message. Premiered at the 2019 Oscars the ad was a viral hit with over 11m views on Youtube, cementing Nike as a brand that champions inclusion.

And now, welcome new kids on the block Monzo. Launching in 2015, Monzo has steadily been growing as an alternative to the ‘big four’, offering easier ways to manage your finances. In its first major TV ad, Monzo showcases its brand purpose via the comedy interplay of a voiceover and various colourful customers. Monzo knows that managing your finances isn’t the fun bit, it’s what you can do with them that counts. A combination of glorious pastel colours, a witty script and some truly memorable sets paid off big time for Monzo. Airing on TV in May with one 60-second and three 30-second versions, June became the biggest month ever for Monzo attracting more than 250,00 new customers. Tristan Thomas, Monzo’s Head of Marketing, says: “It shows us the power of traditional advertising. It definitely opens the door to a whole new world beyond the organic marketing we have been doing up until now.” If that’s not a great testimonial for the power of TV, we don’t know what is.

Ending the year in style, November brought us this cop movie pastiche ad positioning 1850 Coffee as illegal contraband. Playing out like the trailer for a high-end Netflix drama we see scenes of businessmen being cuffed on neon-lit streets, high-powered socialites being sentenced to ten years inside and colonels making a run for it as they resist arrest. Along the way, the ‘evidence’ is bagged up mug and all.  “Five months ago, we had a completely different campaign,” explains Erica Roberts, executive creative officer, PSOne. “It was solid and smart, but it was safe. And there was no way that it’d break through in the way we needed.” This is a flawless example of using dramatic storytelling to showcase the desirability of your product, all with your tongue wedged firmly in cheek. We’re waiting in anticipation for the sequel.

So what does this mean for 2020? Whether it’s capturing hearts and minds or just purely having fun with a brand, the best videos know how to sell the ‘why’ and not just the ‘what’. Let the creativity flow, take some risks and you’ll do more than just sell your product, you’ll sell a lifestyle. 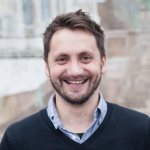