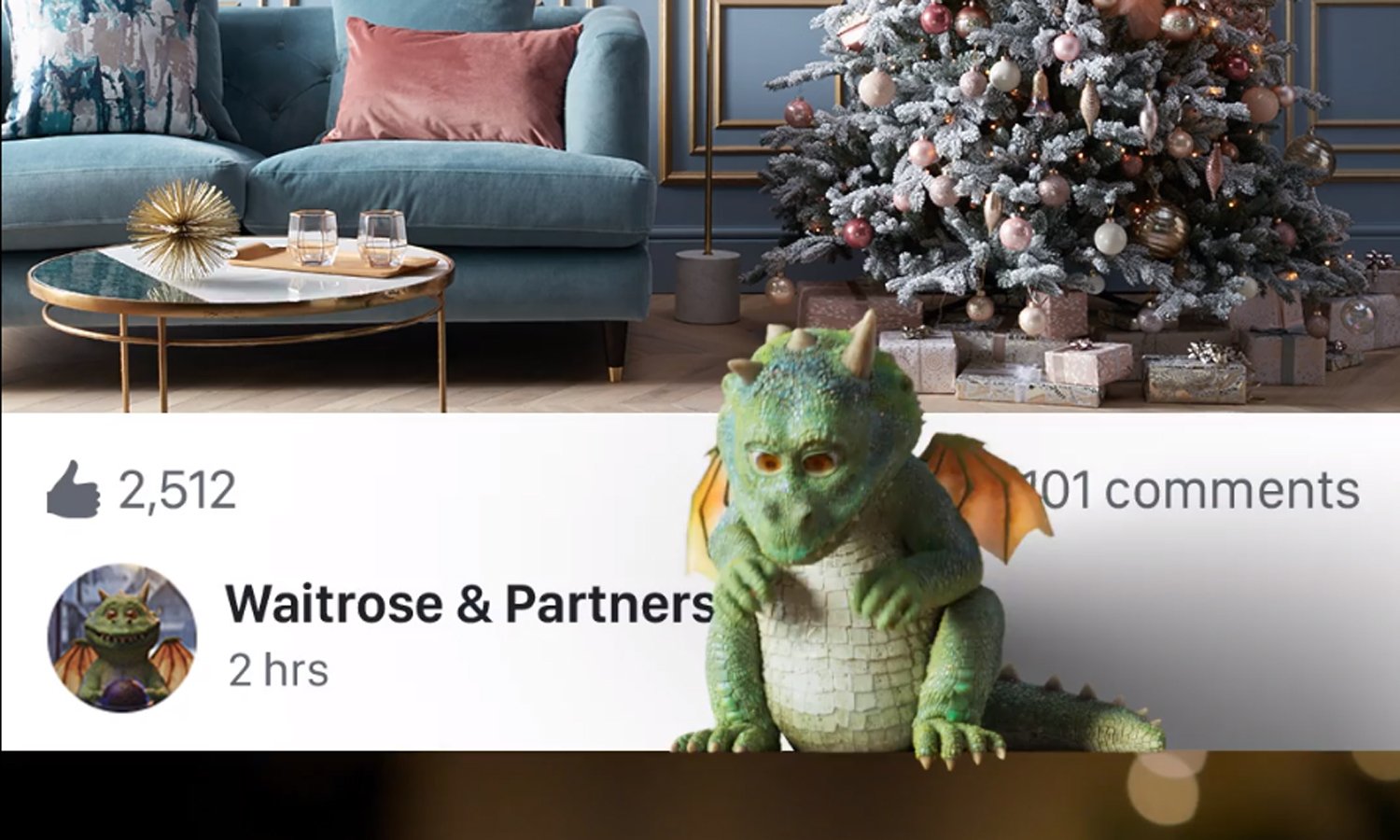 Creating video content is becoming more accessible. Yet making your video content stand out is arguably harder to do. How do you essentially ‘stop the scroll’ with a stand out video? 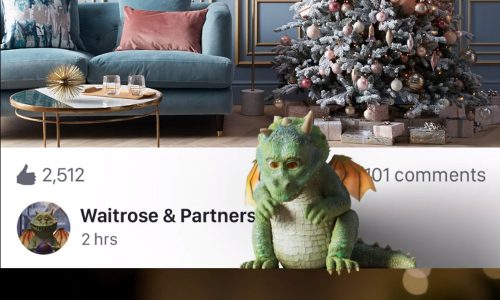 The post has been liked 122,000 times and attracted over 18,000 comments.  Its success lends itself to two things: new and exclusive video content that supports the main Christmas ad and secondly, the adoption of a clever 3D frame effect.

We’re entering a new dimension in advertising. Social video ad spend is set to rocket this year.  With Facebook predicting the end of the written word in 2021, social feeds are more crowded than ever. The web is full of distractions. And as attention spans falls, how do you get past the first 3-second view rate?

In this blog post, we’ve identified the 3D effects commonly used in video:

An increasing number of brands are adopting the 3D format to engage with viewers. The combination of texture, lighting and rendering makes a video ‘pop’, drawing viewers into an immersive experience that cannot be found on traditional video formats.

Thinking about going 3D? Here are the styles (and examples) to help you get started.

Existing 2D display ads are rendered in 3D with realistic depth and respond to user movement. Create these in Facebook using a dual-lens smartphone and even view them in VR using an Oculus browser. With technology that captures the distance between the subject in the foreground and the background, 3D photos brings scenes to life with depth and movement.

Although Facebook doesn’t currently allow 3D photos to be boosted or used in ads, you can create 3D photos for web display ads.

A popular format on Instagram, cinemagraph is a photo effect where one part of the image moves and the rest is frozen.  They’re not as noisy or action-filled as videos yet they’re way more mesmerising than still photos. Take a look at the ads below:

Soothing isn’t it? Ad recall is high (Mercedes-Benz’s ad recall jumped up by a third when they debuted their first Instagram sponsored cinemagraph post). There are a number of apps that can create this effect – try Vimage, Loopsie and Pixaloop. If you’re already planning a wider campaign, a video production agency should be well equipped to grab stills that can be animated for micro-video consumption on social.

These are videos containing 3D objects which allow users to interact, test and play with 3D objects instead of passively scrolling past them. Facebook’s 3D posts support the industry standard gITF 2.0 file format which allows for textures, lighting and realistic rendering of objects. Google’s display ad format, Swirl, enables users to interact with 3D objects. Realistic, high quality models can be edited on its new editor on Poly, Google’s 3D platform.

Ever viewed an advert where a short clip ‘pops’ out of an Instagram or Facebook frame? This 3d frame effect takes a frame and layers a still or video on top. This drives click through rates up by five-fold. This pop out effect is also used in shoppable photo ads too.

As your video content strategy evolves in 2020, don’t forget it’s not all about coming up with a funny creative. By all means, make the opening shot count. But to really get noticed, deliver your video content in different formats that perform well for each social channel. Not all styles work for every platform, so don’t forget to test and optimise during your campaigns.

This technique is the animation of text in front of, and behind moving objects. It involves tracking and masking of objects in After Effects. This gives the illusion of 3D, where objects and text can be stacked on screen.

In this example below for forensics tech experts West Technology, on screen text weaves in and out of objects:

It’s not that easy creating social ads that really stand out. I mean really, REALLY stand out. But as we’re in a pretty odd time, stuck indoors and yearning for social interaction, think about what the audience wants right now. A sense of interaction through immersive experiences. If your video budget doesn’t allow for binaural, VR or AR experiences, then tricking the eye with 3D effects really helps your video stands out.